Should YOU Be Concerned About Non Competes?

Every new hire brings some risks when they join an organization. Non compete agreements are one, and a concern for both employers and employees.  Should YOU be concerned about a Non Compete?

Why Do Companies Use Non Competes?

A non compete agreement is designed to protect a business after an employee leaves. They are typically limited to a time frame, potentially geography, competitors, and clients.

For example, a salesperson working for a company develops relationships and accounts in the course of their position which are highly valuable to the employer. If the employee were to leave to go to a competitor, the company would rightly be concerned with losing that client and business. Significant resources were spent to build the account for the employee and company. The same applies to people working on products and services unique to a particular business.

The criticism of non competes is that companies use them to scare employees from leaving. A company with an internal legal department can use the threat of a lawsuit to prevent employees from pursuing a better opportunity within the industry, or starting their own business. In many states non competes are unenforceable, but the employee will still need a lawyer to defend the claim from their former employer, and lawyers are expensive. The threat of bankruptcy from a suit from a large employer is very real, even if the company ultimately loses in court.

Hiring someone with a non compete can be risky for the new firm as well if you’re hiring from a competitor. The previous employer can sue their former employee and the new employer. Even if they lose, if can cost the employee and new firm a lot of money in legal fees, and may prevent the person from working for a time.

How To Manage Hiring Someone With A Non Compete?

1: Ask if they have a Non Compete During the Interview

It’s better to know upfront if there’s a potential issue. If there is a non compete it will eventually come up. Once a manager in your firm is made aware, the firm is aware. It’s better to know upfront and address with an attorney before it becomes a bigger problem. This can be an application question, though I always ask in the interview as well.

2: Address the Non Compete Internally and with Legal

If you work for a larger firm, it’s a good idea to know the company stance on non-competes before you even start interviewing candidates. For some firms it’s a non-starter, others are less concerned. Asking to read the document and have your attorney review it is a good idea if you’re concerned. Ignoring a non compete and hoping for the best is not a good strategy.

3: Take Some Precautions if You Do Hire

It’s possible to hire an employee with a non compete and still honor it during the non-compete period.

For example, you could have a salesperson develop new clients or clients in a different vertical, or geographic region to avoid violating the non-compete.  Then once the non-compete period expires, they can reach out to their old contacts. If it’s a product person, have them work on a different type of products until the non-compete expires.

With a little bit of planning and guidance from legal you can hire people with non compete agreements. Be sure you understand the parameters of what they can and can’t do, and find a way to utilize that person during the non-compete period. When the period expires, they will be twice as productive for your organization. 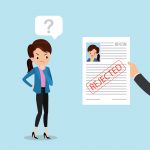 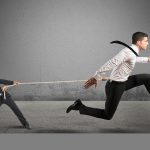 4 Tips to Retain and Motivate Your Team in a Hot Job MarketCareer Advice, Hiring